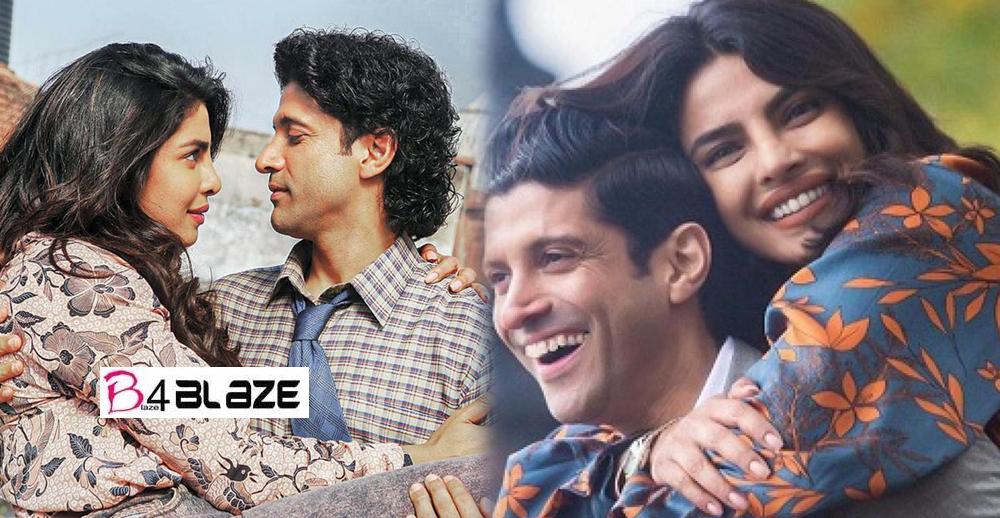 The Sky Is Pink is a Hindi biographical film directed by Shonali Bose and co-produced by Siddharth Roy Kapur, Ronnie Screwvala and Priyanka Chopra under the banner of RSVP Movies, Roy Kapur Films, and Purple Pebble Pictures. It stars Priyanka Chopra, Farhan Akhtar, Zaira Wasim, and Rohit Suresh Saraf. The film is the return of Chopra after a break of three years from Bollywood. It is based on the love story of a couple spanning 25 years, told through the lens of their spunky teenage daughter – Aisha Chaudhary, who was diagnosed with Pulmonary fibrosis.

Based on a true story, ‘The Sky is Pink’ touches an emotional chord from the word go. As Aisha’s (Zaira Wasim) upbeat voiceover takes over right from the start of the film, we are drawn into Aditi (Priyanka Chopra) and Niren’s (Farhan Akhtar) life. A life that turns upside down almost right after Aisha’s birth. It is heart-wrenching to watch Aditi and Niren stay determined, hopeful and keep their spirits intact as they go through a grueling time as a middle-class couple trying to raise funds for their child’s treatment in London.

Aditi at one point lives alone in London for months, for Aisha’s treatment while Niren goes back to Delhi to work and be with their other child, Ishaan. The one phone call, where Ishaan tells his mom who is away, that he was scolded in class for coloring the sky pink, will definitely move you to tears. And there are many more such lingering, tender moments in the film. However ‘The Sky is Pink’ not your typical tear-jerking ride.

The narrative and dialogues in the film do a good balancing act of keeping some tough emotional moments light-hearted, with a quirky touch. Aditi and Niren’s love story add some genuine fun moments and so does their overall chemistry as a couple, which is ultimately the soul of the film. And the sensitively dealt with moments add their heft to the emotional ride that the family goes through together. But as different aspects of Aisha, Aditi and Niren’s lives find their way into the narrative, the pace slackens, making it a lengthy watch. In fact, one wishes the screenplay was more focused and some portions are given more breathing time and delved into deeper.

However, the emotional arc and the performances will keep you invested. Priyanka Chopra is remarkable as Aditi, a mom determined to the point of being obsessed with making her child live life to the fullest. Farhan Akhtar as Niren also pulls off a commendable performance as the supportive husband and the father whose emotions are not always on display but is chipping away nonetheless. Zaira Wasim breathes life into every moment she is on screen, with her vibrant energy adding the much needed poignant touch to her character.

Priyanka Chopra’s husband Nick Jonas has this serious illness, so desi girls are unable to sleep at night

Always wanted to add Nick’s name to mine: Priyanka Chopra

Priyanka Chopra told her bedroom secret, Nick Jonas is in demand in the morning