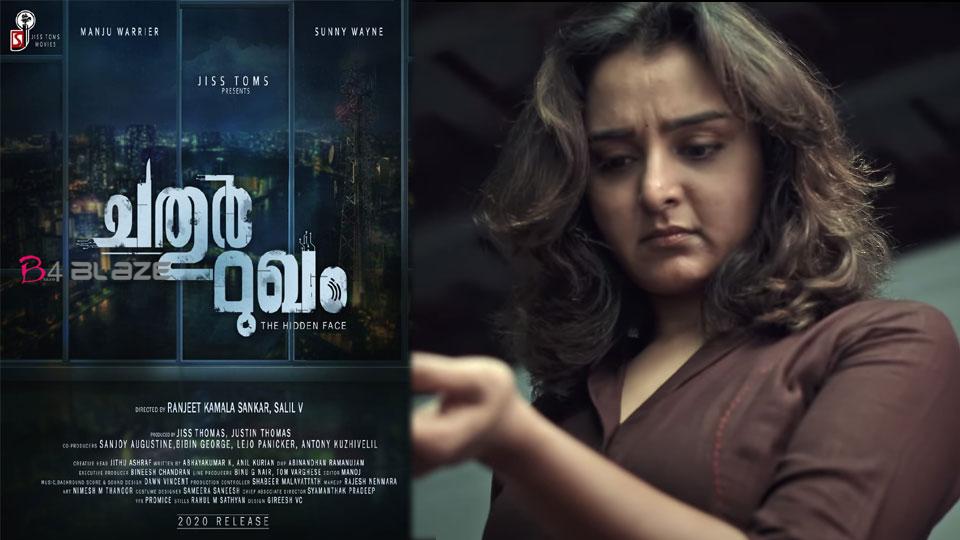 The trailer of the techno-horror movie Chaturmukham starring Manju Warrier and Sunny Wayne has been released. Directed by Ranjith Kamala Shankar and Salil V, the film is produced by Jiz Toms and Justin Thomas under the banner of Jiz Toms Movies in association with Manju Warrier Productions. In addition to the three faces of the four faces, Manju Warrier, Sunny Wayne and Alanzier, the background around the fourth face, a smartphone, paves the way for curiosity. The thrilling trailer confirms that Chaturmukha will be completely different from the horror films we have seen so far. In the trailer, which is full of references related to science and technology, the audience can see a Manju Warrier who has never been seen before. Abhinand Ramanujath’s visuals and Don Vincent’s background music add to the wait for the foursome, suggesting that the film will be rich with thrilling sequences and scary scenes.

In addition to Manju Warrier, Sunny Wayne, Alanzier Lopez and Niranjana Anoop, there is a strong cast and crew on the square face. Written by Abhayakumar K, Anil Kurian. Century Films distributes the square face. Abhayakumar K and Anil Kurian are the stories, screenplay and dialogues of the film. The film also stars Alansier, Niranjana Anoop, Shyamaprasad and Kalabhavan Prajod in the lead roles.The cinematography is by Abhinandan Ramanuja, editing is by Manoj and the lyric is by Manu Manjith. Music and sound are handled by Don Vincent. Chaturmukham will hit theatres on April 8.