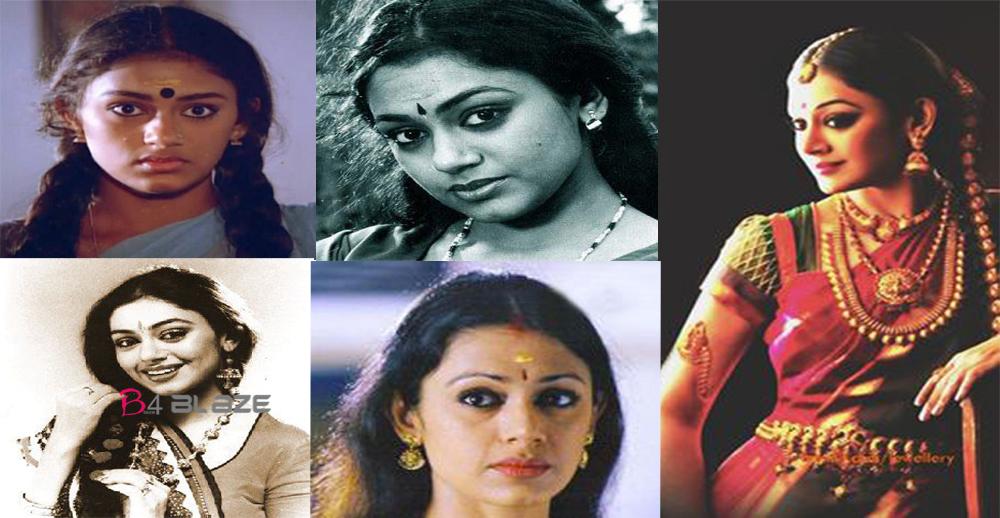 Shobana, is a film actress and bharatanatyam dancer from Thiruvananthapuram, Kerala. She has acted nearly to 230 films, predominantly in Malayalam, Telugu, and Tamil, and also in Hindi, Kannada, and English languages.

Shobana was a popular lead actress in a number of South Indian films during the 1980s and 1990s. She has worked with directors such as Adoor Gopalakrishnan, G. Aravindan, K. Balachander, AM Fazil, Mani Ratnam, Bharathan, Uppalapati Narayana Rao, and Priyadarsan. She won the National Film Award for Best Actress twice, for her performances in the films Manichitrathazhu (1993) and Mitr, My Friend (2001). Consequent to the year 1999, Shobana turned extremely selective about her films.

Shobana was trained under the Bharata Natyam dancers Chitra Visweswaran and Padma Subrahmanyam. She emerged as an independent performer and choreographer in her twenties and currently runs a dance school, Kalarpana, in Chennai.

These Images are Says Shobhana was How Beautiful

Lalettaaaa, “You Are Not Just an Actor, Your are a Feeling”!

The new poster of Odian film

Lucifer teams celebrate the success of the film (Video)