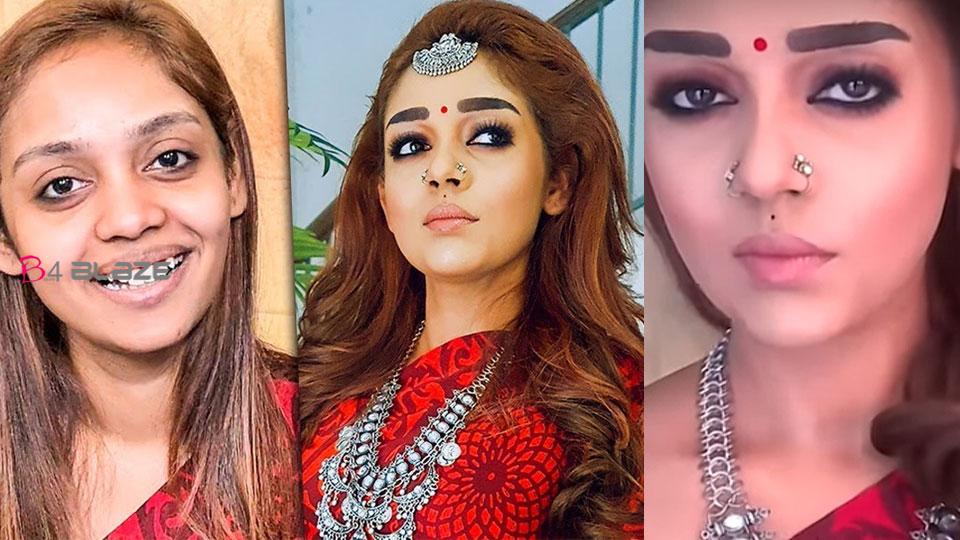 Nayantharais the most admired heroine in Tamil Nadu. The beauty of the South Indian lady superstar has never been seen by any of the later heroines. Nayan Tara tries to make a special look in every film she acts in. The clothes and make-up of the actress who arrives at public functions are always trending in the fashion world. Many people come across the facial resemblance and look of the star through Tiktok. But no matter how many people imitate Nayanthara, the fans are not satisfied.

Now Nines fans are talking about a trending video on social media. Tamil visasri mekkeavarumayi model of the original Nayanthara is in the news. Renowned celebrity makeup artist Kannan Rajamanikkam was behind this shocking makeover.

The make-up video that made Vishashree a Nayanthara has now gone viral on social media. In a matter of seconds, Kannan changed the model, which bears no resemblance to Nayans, into ‘Nayanthara’. The video went viral in a short time. Many people have commented on the video.

Keerthy Suresh will Replace Nayanthara as the leading lady in this sequential?

Is Nayantara Planning For A Secret Marriage…?

Malayali encounter in Tamil: “Talaivi Oviya” is a challenge to “Nayantara”!!!!!!