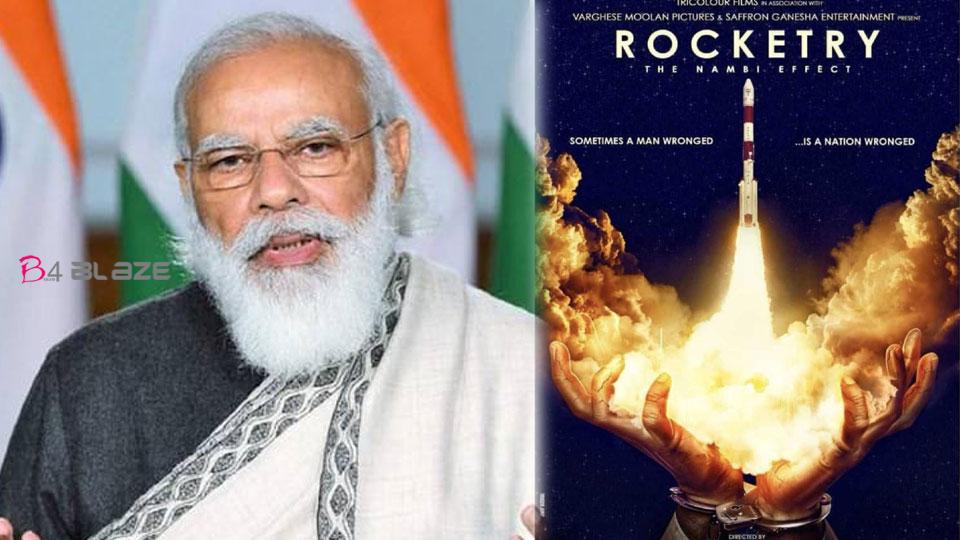 Based on the life of Nambi Narayanan, an ISRO scientist. Prime Minister Narendra Modi congratulates actor Madhavan on his upcoming film ‘Rocketry The Numby Effect’ under the banner of Madhavan’s Tri Color Phyllis and Dr. Varghese Mulan’s Varghese Mulan Pictures. Modi tweeted that the film is a very important topic and that more people should know about the film. The Prime Minister’s response was in response to a tweet by Madhavan sharing the joy of being able to meet the Prime Minister in person.

Nice to meet you and the talented Nambi Narayanan. This film discusses a very important topic. More people need to know about this. Our technologists and scientists have made many sacrifices for our country. This is what I was given when I saw the scenes of the rocketry. The Prime Minister’s tweet was.

Happy to have met you and the brilliant Nambi Narayanan Ji. This film covers an important topic, which more people must know about.

Our scientists and technicians have made great sacrifices for our country, glimpses of which I could see in the clips of Rocketry. https://t.co/GDopym5rTm