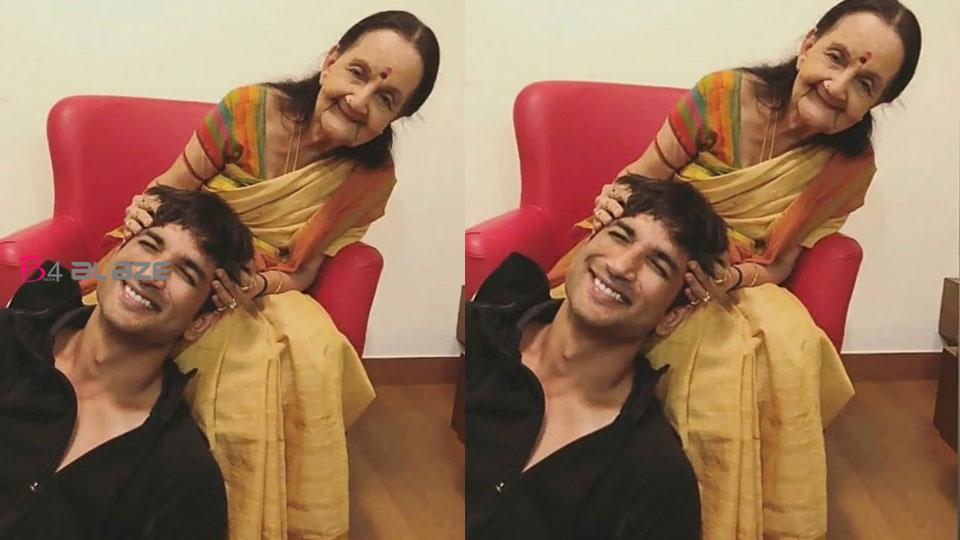 Soubhagya Venkatesh shared the picture of Subbulakshmi with late actor Sushant Singh Rajput. Soubhagya shared a picture of Sushant caressing her hair on social media. Within seconds, the image went viral. “I was not jealous this time of sharing my sweethearts. Mom’s love.” My Grandma has acted in any film with Sushant.

A post shared by Sowbhagya Venkitesh (@sowbhagyavenkitesh) on Jul 9, 2020 at 5:34pm PDT

Some have even shared comments that Susan should get justice. Earlier, Saubhagya shared a video of Subbalakshmi dancing with Sushant. It is not clear if the scene was from the movie or whether it was taken for publicity. Subbulakshmi also acted in commercials with Bollywood stars including Ranbir Kapoor.On June 14, Sushant Singh Rajput was found dead at his residence in Bandra. The death is being investigated. With Sushant’s death, there is a lot of talk about nepotism in Bollywood.

I attended the photoshoot with the full knowledge that I was making a mistake; Actress Anarkali says she can’t say no

Dear Sushant wherever you are, you are in the hands of God heart touching note from Bhumika Chawla

Sushant Singh Rajput’s co-star Asha Negi gave a bewildering reply to the troller, saying – It is necessary to express grief on social media?