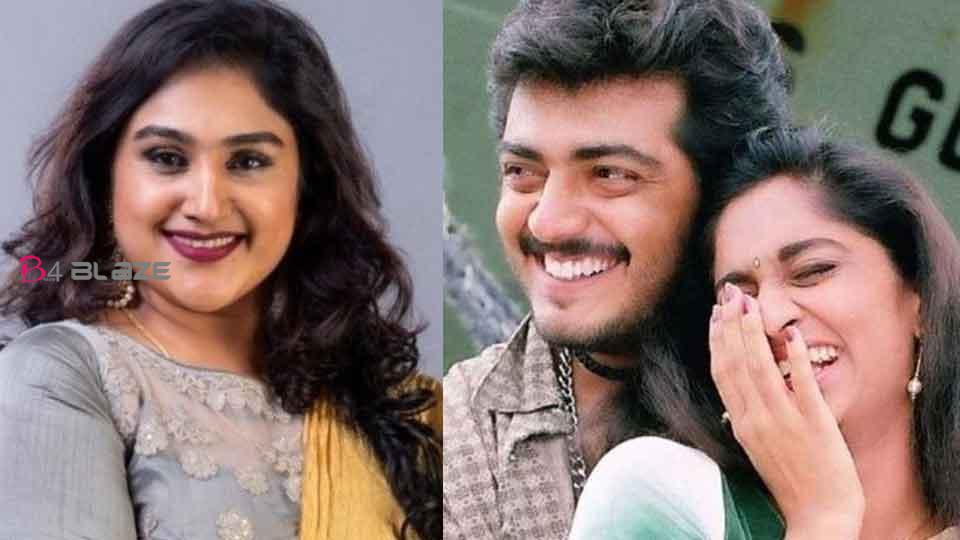 Ajith is Tamil Nadu’s own star. The actor is popularly known as the head. The actor started with small roles and later rose to the forefront. After the films Kaathal Kottai, Aval Varuwala, Kaathal Mannan, and Amarkalam, the actress’ film career changed. He was looking for the best opportunities as he proved that he can shine in action as well. Fans started calling the star ‘Tala’ after her performance in ‘Dina’.

Ajith made it clear that he was not interested in fan activities but the fans did not take it at face value. They celebrate the release of the star’s movies and things in their personal lives. Ajith said to do other good things while setting aside for fan activities. The actor had said that worship should not be dangerous. Ajith has been in the cinema for 28 years. Actress Vanitha Vijayakumar has spoken about this.

Vanitha Vijayakumar has become a news anchor after her third marriage. She was recently married to Peter Paul. The actor was criticized by many, including actors and filmmakers. Nayanthara had come up with a controversial remark that she was not with Prabhu Deva and that she was not a bad person. The actress had withdrawn her tweet and apologized after being severely criticized by Nayanthara’s fans.

Vanitha says that she started acting at the same time that Ajith and Vijay started filming. I have known Ajith since the very first movie. Ajith made his debut with the film Premapusthaka. We are the ones who have gone through good and bad experiences in our careers and lives. Ajith deserves all the success. The woman says that Ajith is the simplest and most sincere man she has ever seen.

God bless Ajith and Shalini. Vanitha tweeted that better things were yet to come. Earlier, the Vanitha had said that Ajith and Vijay had helped her in the early days of the film. The woman came to know about Ajith while the marriage controversy was going on. Head fans are happy to see the new tweet.

Dulquer Salmaan celebrates his birthday with Prithviraj and famliy

Nayanthara and Vignesh prepare for marriage, the temple visiting continues!

Malavika Mohanan in a glamorous look at the award ceremony..

Prabhu Deva re-joins with actress Nayanthara .. What does that mean?

I was in a relationship, Says Anushka!