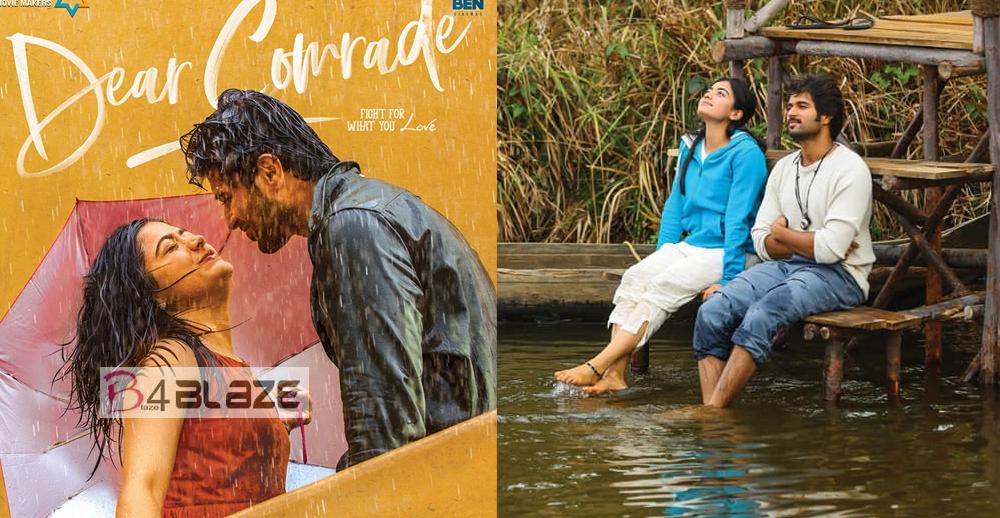 Dear Comrade is an intense love story between Bobby (Vijay Deverakonda), a student union leader and Lily (Rashmika Mandanna) a state-level cricketer. Bobby has anger management issues, which he needs to overcome and fight for his love.

Review: The day I become more important to you than cricket, Vijay Deverakonda tells Rashmika at a key moment in Bharat Kamma’s Dear Comrade. At the time of viewing, the scene just seems like an aside, a minor cog in the narration. However, Bharat Kamma carefully weaves his narration to circle back to this underlying message — no woman should give up their passion for love. Dear Comrade has drama, anger and loads of passion but the storytelling is elevated by the lead cast and some brilliant cinematography that ensures the film stays with you for long after you leave the theatre.

When Bobby (Vijay Deverakonda) meets Lilly (Rashmika Mandanna) for the first time, he’s a brash, hot-headed student union leader. Inspired by his grandfather, Bobby and his gang of friends call each other Comrade, which we are means a person who stay with you through thick and thin. If Bobby finds anything remotely unjust, he’s ready to bash people up for it. He doesn’t care about the optics or the politics of it, even if it lands him in trouble. But Lilly takes him by surprise. Not only is she unimpressed by his machismo, she effortlessly holds her own among a gang of men and even thrashes them in a game of cricket. But having lost her brother in a college conflict, Lilly senses danger when she looks at Bobby’s violent streak and anger management issues. Can she keep him in check or risk losing him forever?

Dear Comrade’s greatest plus is that it never becomes one-dimensional. There are moments when you feel like you can predict what happens next from a mile away, but what follows next takes you by surprise. It’s not just about Bobby’s anger or Lilly’s despair. At each juncture, the story takes a different turn, and more often than not, it’s for the better. The storytelling is enhanced with some excellent background music and terrific cinematography. Dear Comrade, however, is let down by its screenplay, which is sluggish and inconsistent. The climax is weak and brings the film down a notch, although it has some powerful performances. A tighter second half would have lifted this film a bit higher. The director tries one too many story arcs as the film progresses and they don’t always work.

What does work wonderfully is the lead pair’s acting. Vijay, in particular, is sensational. Given the number of times his character arc changes and the ease with which he moves with it is testament to his talent as an actor and he shows in Dear Comrade that he’s not just an angry man or a compulsive flirt — he’s the complete package. Rashmika impresses in one of her more intense roles till date, and makes you root for her. Although slow and sluggish at times with a slightly below-par climax, Dear Comrade is a good attempt. It’s a film that makes you think, keeps you guessing and plays with your emotions. After the film, there’s a good chance you make out with your collar up and ready to raise your voice against anything that doesn’t sit right with you — even if it’s just for a while. That’s the effect good cinema can have on you.

Meet Avani Chaturvedi; She is the first Indian woman pilot to fly a fighter jet!