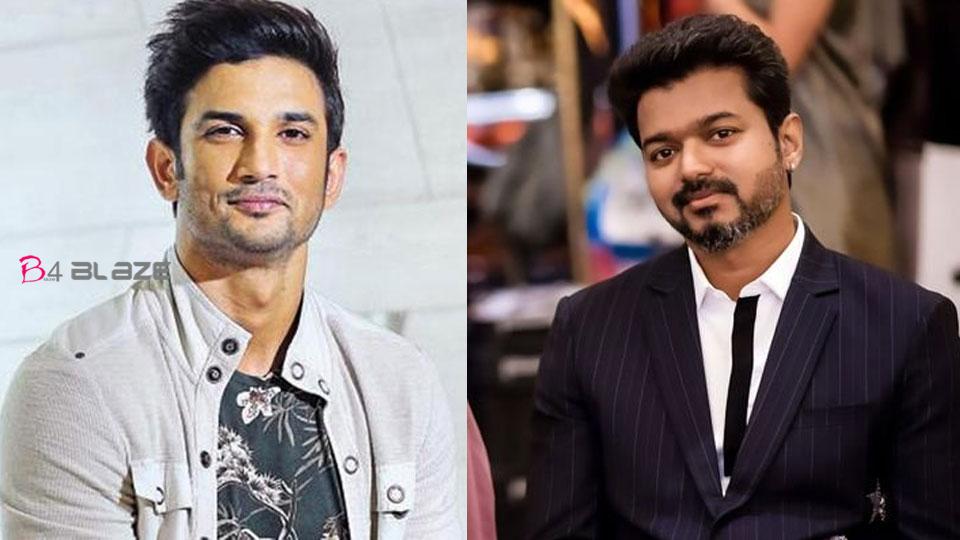 Sushant Singh Rajput died on June 14. In Bollywood, there has been a lot of debate and criticism of nepotism. Sushant has a relationship with ‘Bigil’ starring Dalpathi Vijay. Archana Kulapathi, one of the makers of the film, says that the film is about the same.

Archana says that Biggil Vijay’s father Royyappan’s look in the big hit movie ‘Raichupan’ starred Sushant in the Bollywood movie ‘Chichore’ which was inspired by his age-old get-up. It was decided to bring in some other senior actors as Rayappan. Archana says she doubted whether Vijay could be made into an adult character.

But when she saw Sushant as an older character in Chichore, she made a sketch inspired by that look and showed it to Vijay. Arjuna also said that Vijay was ready to do the role.

After that movie, I was afraid of seeing Mohanlal; Kalyani Priyadarshan

Shalini Ajith were present at the wedding of Vijay and Sangeetha; pictures go viral

Vijay or Ajith? Who is the easiest player to manage! Gautam Menon’s reply!