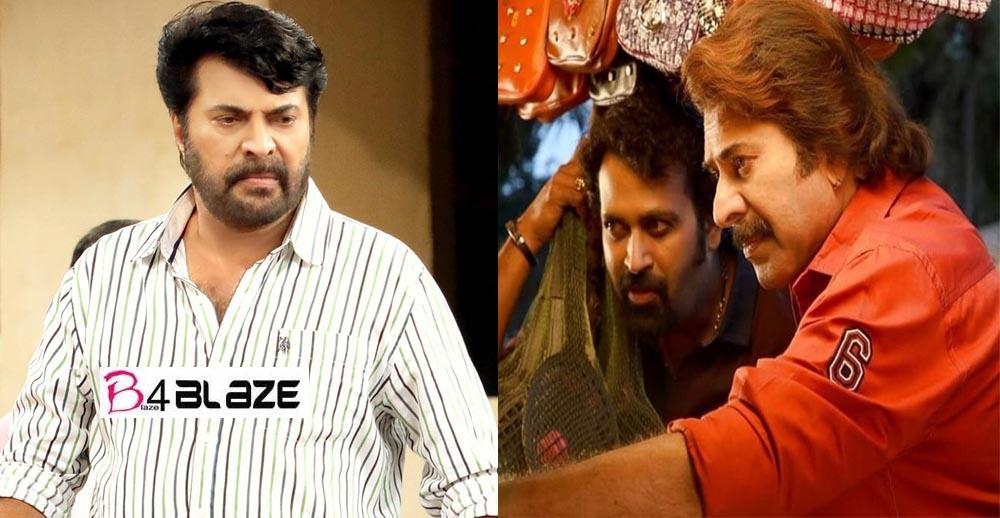 Director Ramesh Pisharody wastes no time in his second directorial, Ganagandharvan, and dives straight into business in the first five minutes of the film. Cops interrupt Ullas (Mammootty), who is performing with his ganamela troupe, and drags him to the jeep, while he pleads them to leave him, saying he is a normal person who has done no harm. Ullas, who has been performing in the troupe for 26 years, is married and barely makes ends meet with his paltry earning from his performances. However, the scriptwriters Pisharody and Hari P Nair doesn’t let Ullas’ trouble wear the story down, instead, they plaster humor with every struggle.

Parallel to Ullas’ story is that of Sandra and her father. The duo is caught up in an illegal land acquisition case and is finding a way to get Sandra out of the country. Do-gooder Ullas is their way out. How he tries to help them and ends up neck-deep in trouble is how the plot evolves. Pisharody takes his own sweet time setting up the first half of the engaging drama, which has his signature humor written all over it. The filmmaker has used comedy effectively to keep the smart script engaging even when it veers to the melodrama territory and touches serious legal topics from the current socio-political scenario.

Mammootty aces the role of Ullas, underplaying the emotional scenes and yet letting the expressions betray the world of a struggle inside him. Pisharody has also put the actor’s knack for extracting natural humor with his acting to good use at the film’s critical junctures. Supporting acts by Manoj K Jayan, Suresh Krishna, Mukesh, and Maniyanpilla Raju add pace to the proceedings that get a zest of energy in the second half. Athulya as the angry and impatient Sandra and Vanditha as Ullas’ wife play their parts well. The script has several clever quips, in the form of Innocent’s astrologer, Suresh Krishna’s Yesudas imitation or even Manoj K Jayan and Mukesh taking a dig at their actions and political careers, respectively.

The first half though is a tad long, and certain sequences such as Ullas fiddling with the instruments in a music shop and him talking with prisoners seem to work well as standalone skit pieces but somewhat slows down the narrative when it’s part of a feature film. The strength of Ganagandharvan though is the acting and script. While Pisharody has resorted to straightforward, old school storytelling, he has done it with panache, proving that a good script does not need any gimmick to entertain the audience.