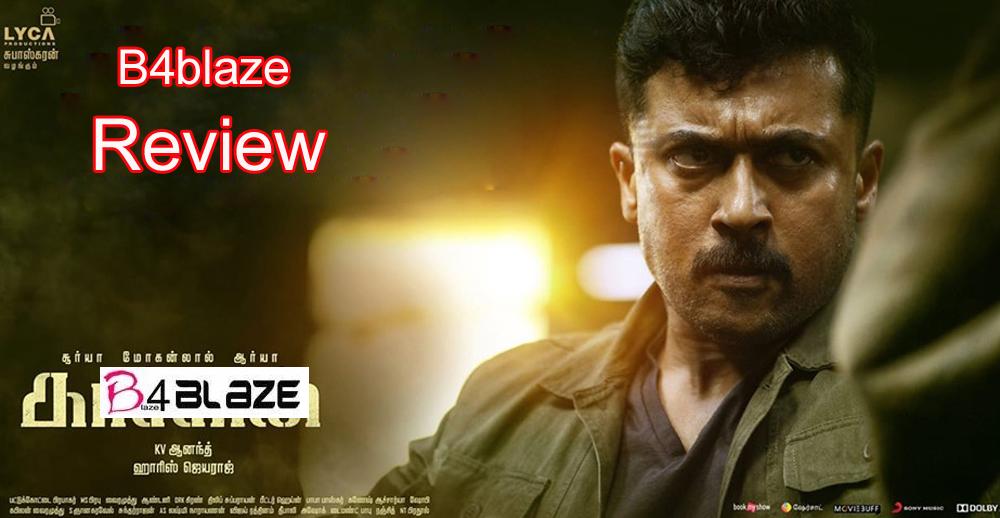 Kaappaan is a Tamil-language action thriller film written and directed by K. V. Anand and co-written by Pattukkottai Prabakar. It is produced by Lyca Productions and stars Suriya, Mohanlal, Arya, and Sayyeshaa. The Telugu dubbed version titled Bandobast.

At the outset, KV Anand’s Kaappaan feels like one of those patriotic films that Vijayakanth and Arjun frequently made in the 90s. The film begins with an assassination attempt on the Indian prime minister, Chandrakanth Varma’s (Mohanlal, who is made to spout reams of nationalistic dialogue that hardly touch a chord) life, and soon, we are shown how Kathir (Suriya), an intelligence officer who doubles up as a farmer, is trying to track down the threat to the PM. But unlike the Vijayakant and Arjun films, which had a single-minded focus even when they managed to include the commercial must-haves of romance, songs and comedy, Kaappaan keeps shifting from one thing to the next with less success, resulting in an often frustrating film. The approach seems to have been: OK, we’ve given them five minutes of action, let’s give them two minutes of romance, and then follow it up with three minutes of message. Rather than building tension, the script keeps deflating it on purpose!

The first half fares relatively better as we get to see the various players involved and their motives (some evident, some hidden) – Anjali (Sayyeshaa), the press secretary whose father was a victim during the opening assassination attempt; Abhishek (Arya), the seemingly playful son of the PM; Mahadev (Boman Irani), the multi-millionaire who sort-of runs the government; Kathir’s SPG teammates (Samuthirakani, Prem, Kiran), one of whom could be a mole; and the mysterious assassin (Chirag Jani), who seems to have eyes everywhere.

But things go downhill quickly after the interesting interval block, and the film begins to become predictable, especially when it starts touching on themes like the plight of the farmers and corporate greed that almost every third movie seems to talk these days. And a couple of elements seem straight out of Mahesh Babu’s recent films, Bharat Ane Nenu (Abhishek’s press conference) and Maharishi (the farming bits). There is a certain pulpy quality to KV Anand’s films and even those aspects, like the angle involving bio warfare conducted through locusts, feel underwhelming. By the time the film reaches its ineffective climax, we begin to wish for Vijayakant and Arjun to come and rescue us.

Suriya’s Kaappaan gets a Release Date.