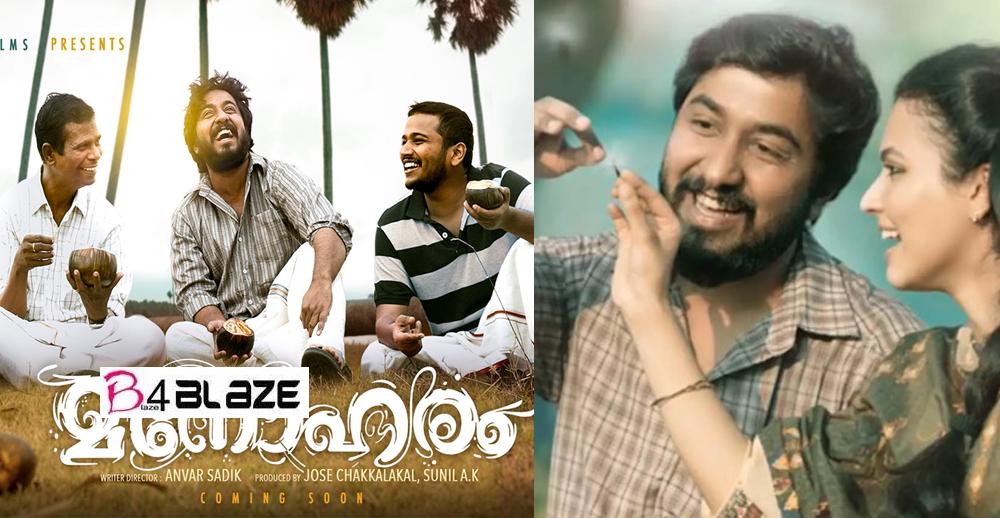 Manoharam is a Malayalam romance-comedy, directed by Anwar Sadiq. Vineeth Sreenivasan plays the lead role in the movie.

Manoharam reminds one of the good ol’ saying, ‘you are limited only by your imagination’. As Manoharan, the artist in the movie fails each time in his life, we realize that the only enemy he has in his life is himself. Manu (Vineeth Sreenivasan), as he is fondly called, is a highly creative and talented poster artist from Chitlanjeri. But no one in his village admires his craft as they are fascinated by digital printing and believe that Manu is way too old for his age. Even his fiancée elopes with his neighbor on the day before their wedding, writing a letter to him saying she doesn’t think he can provide financial security in their life.

What really cuts Manu up is when he learns that she has gone with the cousin of his childhood rival, Rahul (Deepak Parambol). When he gets to know that Rahul is planning to start a printing unit in their village, Manu decides to get back his own. With the support of his mother and friends Prabhu (Basil Joseph) and Vargeesettan (Indrans), Manu sets out to master designing software and open the first flex printing shop in his village. At the computer institute, Manu meets Sreeja (Aparna Das). How Manu tries to make a success of his professional and personal life makes up the rest of the film.

The Ormayundo Ee Mukham director Anwar Sadiq, in his second venture, has made a beautifully narrated feel-good movie which gives one hope for life. Through different characters, beautiful cinematography and apt music, the director narrates the tale of a simple villager who makes it big in his life. By enacting Prabhu and Vargeesettan well, Basil Joseph and Indrans add flavor to Manoharan’s life and rejuvenates one’s thoughts on friendship. The actors in the movie are well cast and everyone, including the newbie heroine Aparna, Harish Peradi, Lakshmi Sree and Deepak Parambol, has done their job well.

Jebin Jacob’s cinematography and Sanjeev Thomas’ music enhance the film’s mood perfectly. The crisp editing by Nidhin Raj Arol, especially during the transition montage shots are highly commendable. Being a movie on an artist, we see a lot of creative elements across the backdrop and as important ingredient in the film and Nimesh M Thanoor, the art director needs a mention. The film indirectly also throws light on the struggles of poster artistes who have immense talent, because of the arrival of technology. Here we see, creativity triumphing the machines.

Monoharam is as beautiful as its title. Isn’t it interesting to see a talented man, whom society considers an underdog, reaching great heights? Like David and Goliath, here we see Manoharan making his life Manoharam.

The first film was a flop and became a superstar from the second film, know who these actors…