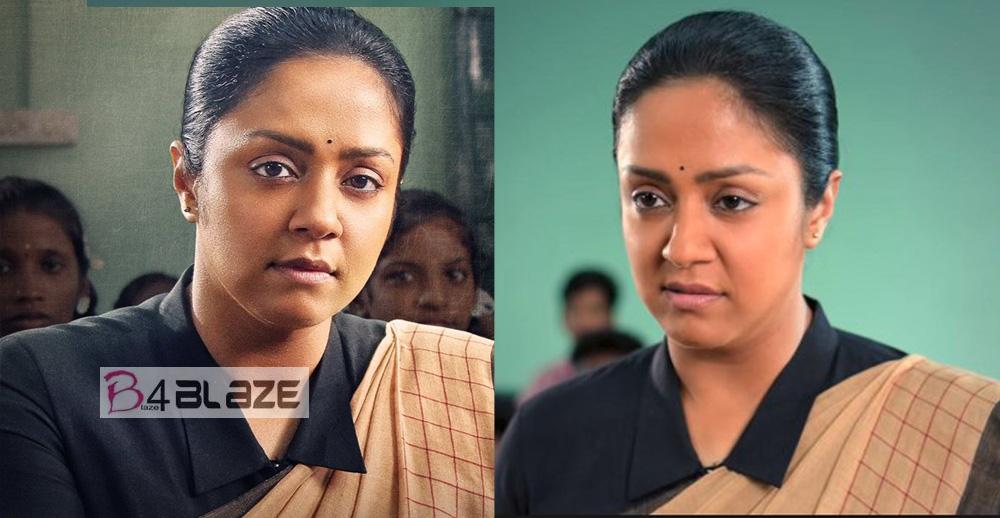 Raatchasi is a 2019 Indian Tamil language drama film, written and directed by Sy. Gowthamraj and produced by S. R. Prakashbabu and S. R. Prabhu of Dream Warrior Pictures. This film stars Jyothika in lead role and Hareesh Peradi in the main supporting role.

Before the opening credits of Sy. Gowthaman Raj’s ‘Raatchasi’ rolls, there is a small sequence where a lorry barges into a Government school, and a few henchmen force the students to get into the vehicle. A teacher from the school voices against this and is slapped thrice before the lorry zooms off. The camera zooms to his face. One look at his reaction and you can already hear the dialogue – “Ungala yellam thatti ketka oruthan (Oruthi, in this case) varuvan!” No points for guessing who the ‘Oruthi’ is.

Jyotika plays the role of Geetha Rani, the newly-appointed headmistress of the government school in A. Puthur. One of the interesting points to note is that she is mostly addressed as Head Master. And throughout the film, she does everything that a male hero does in a template commercial movie. She fights henchmen all alone, preaches social messages and she is the sole savior of a whole school who also transforms an entire village.

But the way the director has handled the story is not very impressive. The screenplay lacks spice, because of which you don’t quite get the feeling that you’re supposed to. Few scenes bear resemblance to similarly themed dramas where the protagonist starts churning out one social message after another. The problem here is that the messages are strewn across and they are plenty in number. The preachy nature of the film glaringly reveals the shortcoming in filmmaking. Sometimes, things are so straight on your face that after Jyotika shows her anger towards injustice, you see graphics of Amman behind her. In another scene, she does something good to a student and you see the graphics of a halo above her and wings behind her to denote that she is an angel.

The staging could have been better and more often than not, you see the camera cutting to the faces of the characters when they speak dialogues, which is what happens in almost 90% of the film. There is no sense of movement or no specific high point that makes us invest in a particular moment. For Eg. there is a scene where a student, who is low on confidence is taking part in elocution competition. He starts off by asking everyone to not listen to him because he’s going to converse with nature. While we look forward to seeing what happens next, the immediate scene shows him winning the prize, which could have been presented with more impact.

Shriya Sharma, who entered acting as the daughter of Surya and Jyothika, is now a lawyer