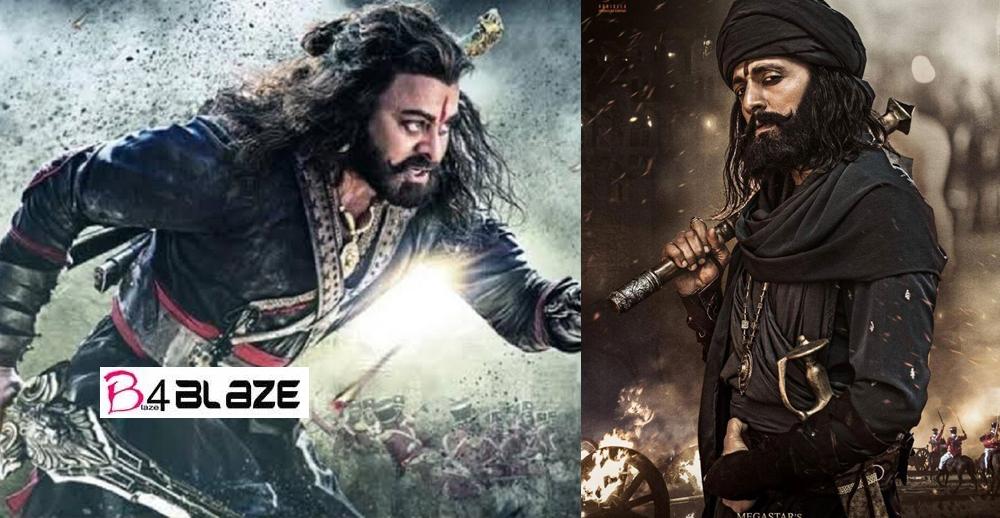 Sye Raa Narasimha Reddy is a Telugu action film directed by Surender Reddy and produced by Ram Charan under the Konidela Production Company banner. A work of fiction, the film is inspired by the life of freedom fighter Uyyalawada Narasimha Reddy from the Rayalaseema region of Andhra Pradesh. The film will be dubbed and released in Hindi, Kannada, Malayalam, and Tamil. The film stars Chiranjeevi in the title role along with Nayanthara as the lead female along with an ensemble supporting cast of Sudeep, Vijay Sethupathi, Tamannaah, and Jagapati Babu in lead roles. Amitabh Bachchan will make a guest appearance.

Britishers are establishing their rule across India and forcing citizens to pay insanely high taxes. The setting is Renadu in the 1840s where villagers reel under oppression from the British, forced to sometimes even choose between their food grains and basic respect. It’s a story often told on the silver screen whenever we talk of India’s years-long struggle for Independence, something we would only gain in 1947. But the story of Uyyalawada Narasimha Reddy is something not many talks or even know of. A man whose rebellion is said to inspire many battles that followed, later on, even that of Jhansi Lakshmi Bai.

A palegaar from Kurnool, Narasimha Reddy (Chiranjeevi) grows up with vengeance in his blood against the British who mistreats his loving people. Under the tutelage of his guru Gosayi Venkanna (Amitabh Bachchan), he learns the art of war lies in not dying or killing, but in winning it at any cost. Growing up, he falls in love with a classical dancer Lakshmi (Tamannaah), whose art he believes is best used not in service of God, but people. His betrothed Siddhamma (Nayanthara) later decides to help him in his rebellion, even if it means staying away from him. History books are proof of how this tale ends for the revolutionary, that’s no surprise. But what’s surprising is that, despite being an often-told tale, the underdog rising against the oppressor, Surender Reddy’s screenplay makes no attempt to bring any kind of emotional depth to the story.

And for a tale that involves not just a love triangle, but numerous players (Narasimha Reddy’s fellow palegaar’s played by Jagapathi Babu, Ravi Kishan, Kichcha Sudeep, etc) who keep changing their mind according to whim and keep falling to the materialistic and emotional trappings of the Britishers, not to mention the full-blown war at the end of the tale, it sure lacks depth.

Don’t get us wrong, Sai Madhav Burra’s dialogues do their bit to whip the audience into frenzy at key points in the tale, Julius Packiam’s score is a delight, Greg Powell, Lee Whittaker, and Ram-Laxman’s stunts keep you at the edge of your seat, even if they’re overly stylized at parts, and Rathnavelu’s cinematography is enchanting. But the screenplay could’ve definitely been tighter, not to mention have more gravitas, apart from Sreekar Prasad’s editing, which could’ve been more seamless. The film, despite the super-long run-time never ponders enough on key scenes to let it sink in. And overall, the film needed an emotional connect, which it lacked. The VFX and art direction in certain key scenes didn’t help much either.

But all said and done, despite the spectacular star cast, who are all reduced to playing second fiddle (except for Avuku Raju (Kichcha Sudeep) whose scenes with Narasimha Reddy are fire), this is Chiranjeevi’s show all the way. The actor has always had a larger-than-life persona, even in films that existed just to show off his dancing skills and comedy timing. So he seems to have sunk his teeth into the titular role with all his might and given it his all. Sye Raa Narasimha Reddy doesn’t just work because of its technical brilliance, but it also does because the Megastar is heading the show. Vijay Sethupathi’s fans will be left disappointed.

The story-telling has its flaws, but the characters are intriguing. What’s impressive is the massive canvas the film is mounted on. Sye Raa Narasimha Reddy might work only in bits and pieces, especially with a story that has been told a million times over, but the scenes in which the film works and Chiranjeevi, make it all worthwhile!