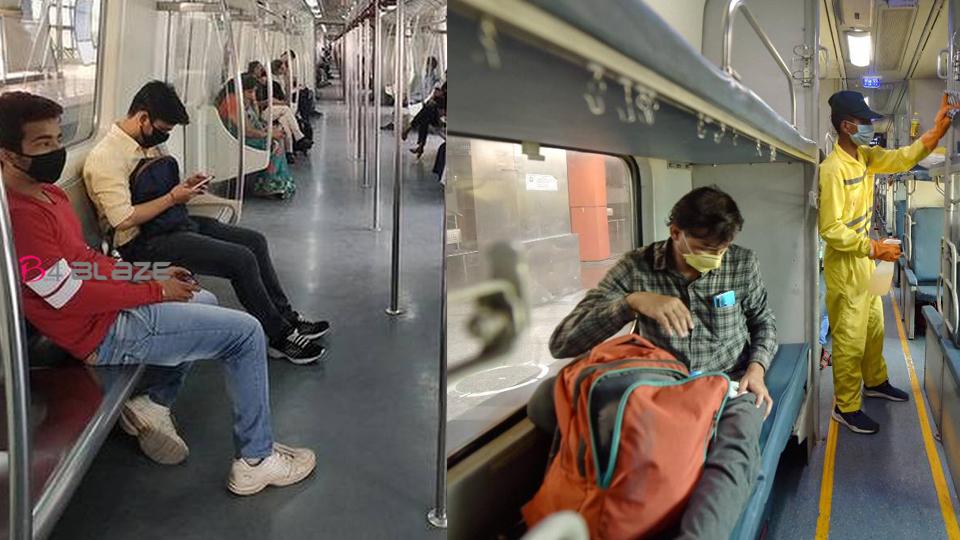 The bogies of the air-conditioned trains of the railways will now get fresh air, like the operation theater, to reduce the risk of the infection spreading. Officials said that this experiment has been started in 15 AC trains to and fro on the routes of Rajdhani from May 12. This is part of the railway’s preparedness to operate trains in the post-Corona situation. Made this change – Officials say that the Roof Mounted AC Package (RMPU) in the air-conditioned bogies of the railways now diverts air more than 16 to 18 times per hour. As in the operation theater. According to him, using fresh air, the bogie takes a little longer to cool down. In such a situation, the energy consumption is also 10 to 15 percent extra by changing the air.

What used to happen earlier-
These air-conditioned trains used to change air six to eight times per hour and 80 percent of the air released in the compartments was re-circulated so that the bogie could cool quickly. Only 20 percent got fresh air. Officials said that the railways have also increased the temperature of the centralized AC to 25 ° C from the normal 23 ° C as sheets will no longer be provided to passengers on the train.

On the advice of health experts, Railways has improved its non-AC coaches as separate bogies for mild cases of coronavirus. Also, to prevent the spread of this disease, the Health Ministry has also implemented guidelines to change the AC units of special Rajdhani trains.

What is called research-
So far in a study of Chinese researchers, only air-conditioned air circulation has resulted in the spread of saliva splashes. In other studies, the use of AC does not indicate the spread of coronavirus.

I am deeply saddened that I have done five films to glorify the police force, Hari with an angry response

What to eat first in the morning? Here is the Healthy Answer!