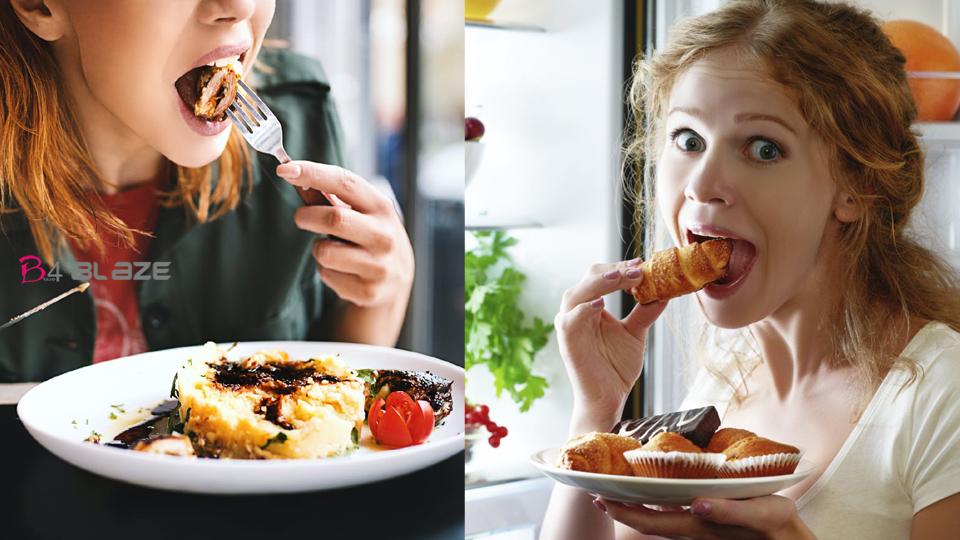 Eating food late at night increases blood sugar level and increases the risk of a person gaining weight. Recent research has found that eating food just before bed at night does not allow the body to properly process nutrients and glucose. Because of this, people eating food at 10 pm burn up to 10% fewer calories than those who eat at 7 pm.

Negative effects on health –
John Hopkins University conducted this research on 20 healthy participants. “One hour before bedtime, blood sugar levels were found to be 18 percent higher than those eating fast, and the calories burned during sleep also declined by ten percent,” said lead researcher Doctor Chenjuan Gu. Earlier researches have also found that eating food late at night has negative effects on health.

Around 2.1 billion people worldwide are struggling with obesity. Obesity is considered the most important cause of diabetes and hypertension. Researchers said that late-night eating habits maybe even more dangerous in people with obesity because their metabolism is already weak.

Research-
10% slower burn calories in late-night eaters.
– An additional 18 percent increase in blood sugar by eating late.
– One hour before bedtime, there is a high risk of weight gain among the eaters.

7 of the Simplest Exercises for a Beautiful and Attractive Bust

Which Egg Do You Think Came From An Actually Healthy Chicken? I Had No Idea

If you want beautiful and flawless skin, Here is the Tips

Followers are valuable contribution, I apologizes if it has hurt anyone: Ahaana