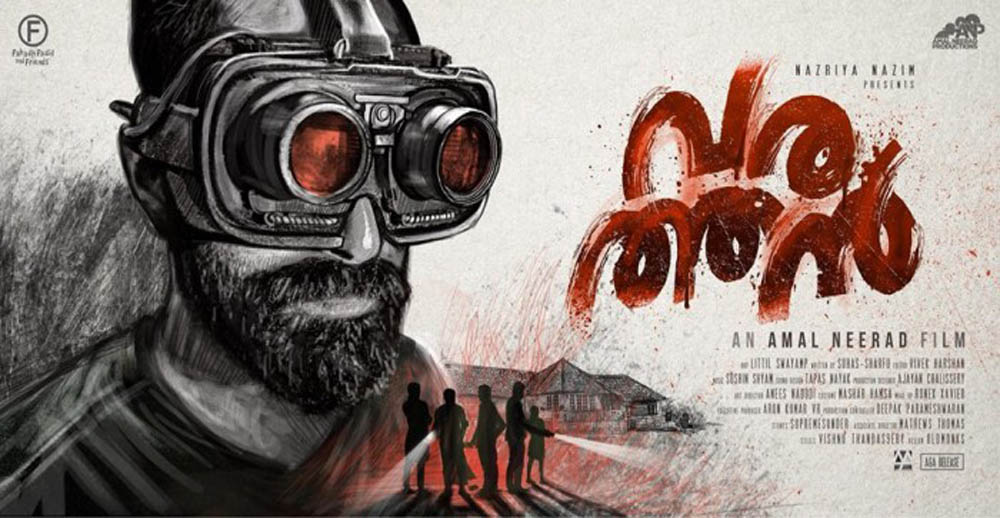 Varathan (English: The Outsider) is an upcoming Indian Malayalam-language film directed by Amal Neerad and co-produced by Nazriya Nazim.

The film stars Fahadh Faasil and Aishwarya Lekshmi.Beside directing, Amal Neerad co-produced the film with Nazriya Nazim, which stars her husband Fahadh Faasil alongside Aishwarya Lekshmi. Neerad revealed the film’s title on 20 June 2018 by releasing the first poster. Varathan in Malayalam means “outsider” in English. Shot in Dubai and Wagamon, filming was completed by June 2018.

Review: Fahadh Faasil’s made a habit of making his fans wait for his films. It’s been almost nine months since his last release Carbon. One thing that fans can be assured of though is that he never repeats himself and for Varathan as well the actor has taken on a completely new avatar for his character that goes through varying emotions, but with a stoic calm in the first half only to unleash a storm later.

The movies starts off in Dubai with Abin (Fahadh), who is let go from his job. He alone with wife Priya (Aishwarya) who has a miscarriage decides to shift to the latter’s estate in Kerala for a few months till they figure things out.