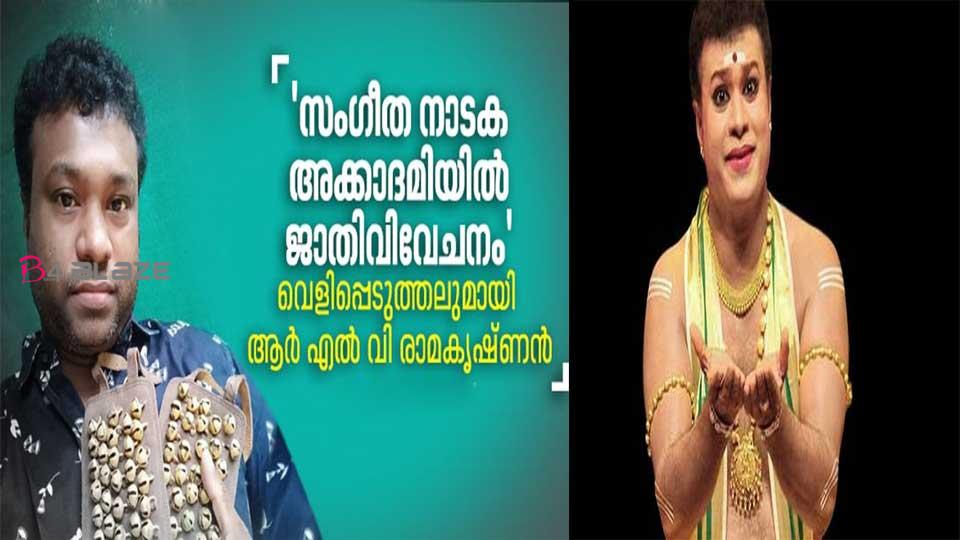 Kalabhavan Mani’s brother, Dr. RLV Ramakrishnan. Ramakrishnan revealed that the secretary had informed him that he would not be given the opportunity to apply for the Kerala Dance Academy’s online dance festival when he came yesterday to inquire about the decision to accept the application. Ramakrishnan told reporters that he had faced gender and caste discrimination.

‘None of us know when events usually take place there. They do not give publicity to it. I did my primary education in Mohiniyattam. Diploma, Post Diploma, MA, M.Phil, UGC, Doctorate taken. I have been working as a temporary teacher for twelve years. It has always been my dream to do an event at the Kerala Sangeetha Nataka Academy. I have been waiting for that for the last four years. Every year it is said to be next year. I called Chairperson KPAC Lalitha Chechi knowing that Kovid was conducting an online test during the period. Then Chechi said that is how she went there to apply. Then Secretary Radhakrishnan Nair said that the application could not be accepted. The secretary in his office questioned me, ‘Aren’t women seduced? How do you do all this cool stuff? I had to convince him all the way I had learned. Then he said that only those who are financially backward will get the opportunity. I am also financially backward. I have money thinking that Kalabhavan Mani is my uncle and I live with another family. 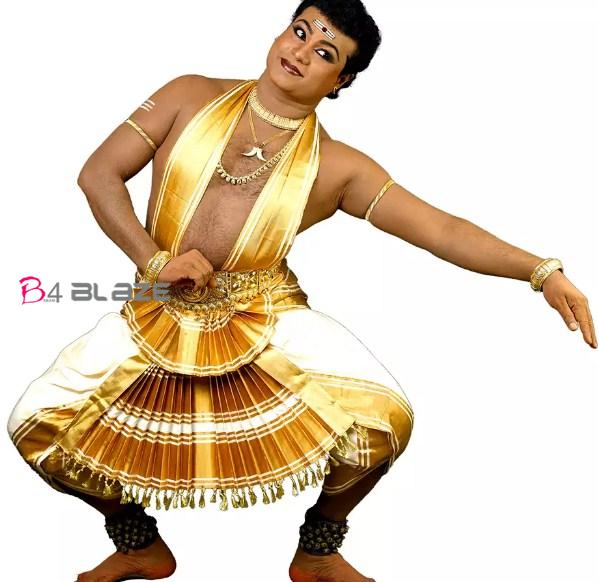 Then he said that only women should be given a chance. As there is no admission for men in the art world, it is not given in the Sangeet Natak Akademi. I waited there until Lalitha Chechi came. Lalitha Chechi spoke to the secretary for a long time on my behalf. They came back and said that they would give him a chance to give a lecture and that the secretary had told him that he could not dance. I said I am a dancer and all I want is an opportunity to dance. There has been no criticism of the academy for so long, and if he is given a chance, there will be criticism. Lalitha Chechi informed that this is what Radhakrishnan Nair said. I do not understand how the Sangeet Natak Akademi can be insulted when it gives me the opportunity as an artist.

I am a graduate of RMV College, Thripunithura. MA Mohiniyattam has passed with first rank from MG University. He then did his M.Phil in Mohiniyattam from Kalamandalam and did his PhD for eight years under Dr. MK Geetha. Got UGC in Performing Arts. I am a Doordarshan Kendra Graded Artist. What more qualifications do they need? What brought me here was an interest in art, a life devoted to art, not someone who dances at work like everyone else. It can not be left unattended, and some of us artists will protest. Only the disciples of their members are given the opportunity after this board of directors has taken office. Showing discrimination against artists like us. They do not give a chance to a Scheduled Caste person. This is not only a gender issue but also a racial discrimination. I say this with a lot of pain. My decision is to go ahead with strong protests against such discrimination against artists who have sacrificed their lives for art, ”said RLV Ramakrishnan.

However, Academy Secretary N Radhakrishnan Nair said that the event was organized with the permission of the minister to help the disabled artists during the Kovid period and that only drama was going on in it and no decision had been taken on arts like music and dance. ‘Dr. RLV Ramakrishnan’s application has been accepted on file. He had come to talk about it, but visitors were not allowed during this Kovid period due to his poor physical condition. That is why he was not allowed to see Ramakrishnan. Chairperson KPAC has been discussing many issues with Lalitha but it is not the time to talk about Ramakrishnan’s request so it has not been discussed. The expert panel decides who should participate in the Mohiniyattam. The next program will be considered only after evaluating the financial status of the academy and other matters. In the meanwhile, I know that some such campaigns are going on and I just don’t understand why ‘- N Radhakrishnan Nair said.