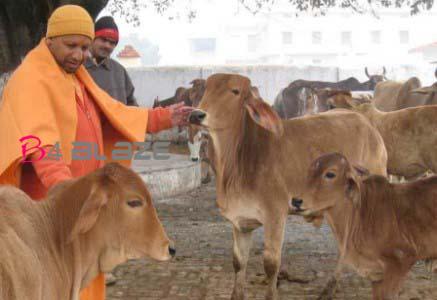 Uttar Pradesh government with an ordinance to stop cattle slaughtering. A cow can be sentenced to one to 10 years in prison and fines ranging from Rs 1 lakh to Rs 5 lakh. The ordinance was approved by a Cabinet meeting chaired by Chief Minister Yogi Adityanath. The amendment to the Cow Cow Slaughter Act of 1955 is amended. The government said the amendment was to eliminate cow slaughter completely.

If Unauthorized calf trafficking caught, One year of maintenance of those cows must be borne. If the cows are starving without food and water, the punishment is one to seven years. If a cow is injured or taken in vehicles that can endanger life, it is also punishable. While in the Second time, if caught for cow-related crimes, you will receive twice the punishment. Cases will also be taken against those who carry cows on or off the roads without the consent of the owners. Those caught for such crimes will show their pictures in public if they try to flee.

If beef is smuggled into the vehicle illegally under the 2020 Cow Slaughter Prohibition Amendment Ordinance,
Additional Chief Secretary Avanish Awasthi said that action will be taken against the driver and the vehicle owner.

The shocking event: Kovid patient missing for eight days and body of patient lying in toilet of Government Hospital

This new ‘Aishwarya Rai’ is the heroine of Picasso