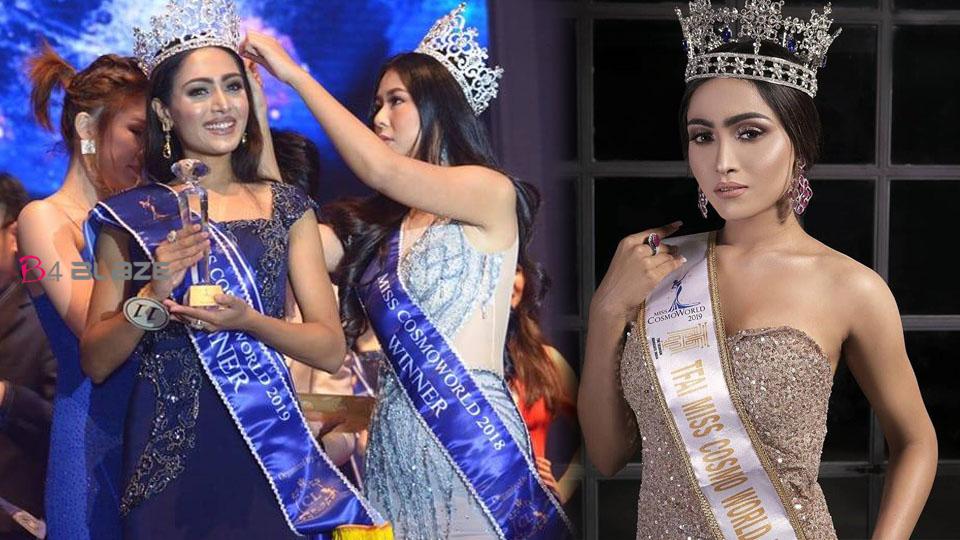 November 1. Miss Cosmo World 2019 competition in Kuala Lumpur, Malaysia. The beauties of 25 countries fought hard. Sandra Soman, who represented India at the conclusion of the competition based on beauty, intelligence, practicality and social barriers, won the title. At the age of 22, Sandra won the biggest beauty pageant in Asia. That too in his first international beauty contest!

Sandra Soman, a young woman from Kozhikode is proud of the Keralites. Born and raised in a middle-class family, Sandra is an inspiration to anyone who wants to pursue a modeling career. It was systematic training, hard work and confidence that brought Sandra to victory.

The Sandra Beauty Pageant is set to launch in April 2019 via Superglob. Sandra, who was named runner-up at the time, won all three titles. So she got the opportunity to represent India in the Miss Cosmo World. Sandra Soman, who became the nation’s pride by winning the crown, speaks to Manorama Online.

How did you feel when you were victorious?

It was my first international competition. The fellows were the most experienced competitors. So the prospect of winning did not go away. I had been taught before the competition that there was a better chance.

The Talent Round gave a great deal of confidence. Performed by Indian Classical Dance. It felt like you could have reached the top eight if you had prepared well. But he became Jotav. It was an unexplainable experience.

I am a fashion designing student. While studying, she became interested in modeling. So many competitions were held. As the cover of magazines. Each time the career became more and more serial.

What made a career strong?

I was born in Calicut and grew up here. There is no one in my family who has had this career. But my parents supported me. The support of the family was there from beginning to end. That gave me the courage and strength to go on.

Were there no weaknesses?

of course. I was an outspoken, compact person. Speaking and responding is essential in this career. Things should be updated. So my behavior had to change. Better practice and adaptability to the situation have contributed to such change. I believe that by choosing this career it has improved a lot in professional and personal life.

Indian classical dance on the international stage Isn’t it?

Yes. The classical dance was performed in the talent round. Congratulations were given to the performance of that round. This gave rise to my confidence. He was runner-up in that round. She has been studying dance for 17 years. They practice dance forms such as Kuchupudi, Bharatanatyam and Mohiniyattam.

The specifics of Miss Cosmo World 2019?

This was also the question I received in the question and answer round. This is a beauty contest run by CL brand and former world beauty Carrie Lee. It started in 2016. Everyone claims that beauty is not just a matter of external beauty. But Miss Cosmo World is not just a claim. It is a forum for many values. Cosmo World proposes to promote sustainable fashion and vegetarianism by protecting the earth. This is also evident in the organization of the event.

of course. He was in Malaysia for 15 days. Prior to that, Pooja practiced at Bimra’s academy for about a month. Pooja and her team were immensely supportive in all areas of clothing, accessories, and makeup.

She has won a good international title. The best offers come from international brands through Cosma. There were offers from the film earlier. Wanting to be part of good projects in modeling and cinema.

There is a brand that I started. It has to be carried forward. Sustainable fashion should be part of activities that make it more acceptable. These are the goals.

Tell those who dream of a modeling career

Exterior beauty is for everyone. It will be different for everyone. There are many advantages. Confidence is paramount when making a modeling career. If it is, we can overcome anything. Work with dedication.

Do You Know What is inside in Bangalore Water Tanks

Why Indian Society calculating Women’s Worth in Dowry?

This Women is a Most Inspiring Person, And Here Is How That Child Look Like Now!

Chandrayaan-2: Two Women behind the Success of the Project!