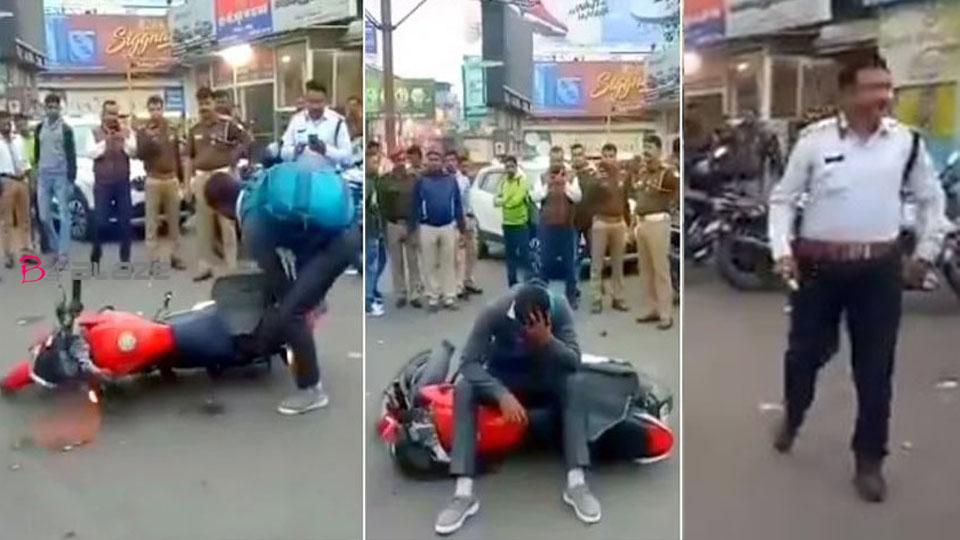 The police stopped the young man who was riding his bike without a helmet. The video was followed by social media. With traffic penalties more than doubled, those caught up in traffic law violations have responded in a number of ways.

A video of a young man crying on the road, unbearable, being fined for not wearing a helmet, has now gone viral on social media. The man, who was not wearing a helmet, was arrested during a police vehicle inspection. Police said the boy was acting like he was out of balance when he was later asked to pay a fine. The young man broke into his bike and crashed his bike into the road.

Agitated over traffic challan, a biker in UP's Meerut took out his anger on his motorcycle. He later sat on the fallen bike and started crying as traffic cops stood and watched the entire drama unfolding on a busy street in the city. @Uppolice pic.twitter.com/lZ8TfQYUWt

She is Quit Her World Bank Job To Help India’s Public Policies! A very Inspirational story for all Women

Periods don’t stop us from achieving anything: Monga after Oscar win

This Women is a Most Inspiring Person, And Here Is How That Child Look Like Now!

Fire is in K.M.H.S.S Kuttoor School; Critical Injury to Students…