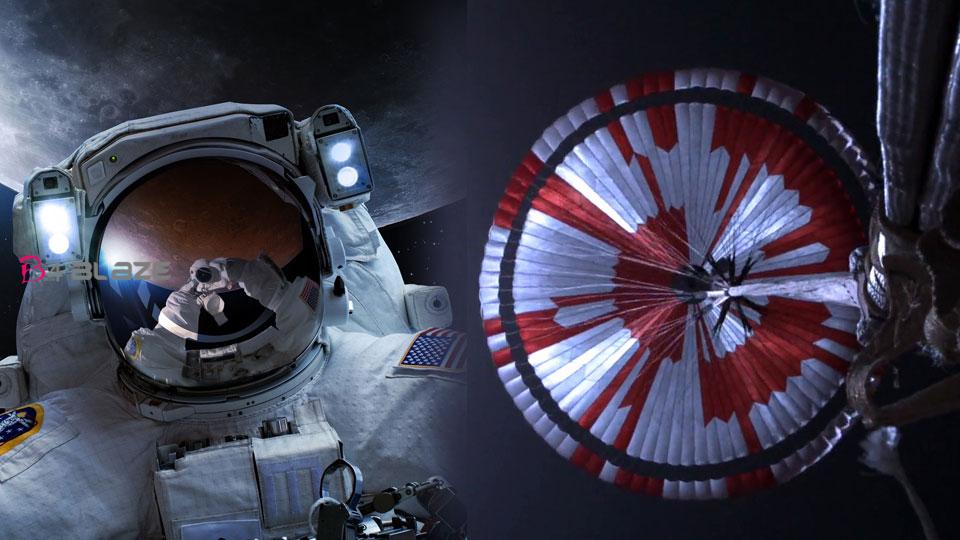 The US space agency NASA used an orange and white large parachute to land its Perseverance rover on a dangerous mission to Mars. There was also a secret message in this parachute, which was known to only 6 people of NASA team. But the secret message of that parachute has been decoded. In fact, NASA released the first high-quality video of a rover descending on Mars, in which a parachute of orange and white was seen opening and the rover landed on the dusty surface of the red planet.

According to news agency AP, the 21-meter parachute was made of orange and white color strips. On which a message was written – “Dare Mighty Things”. This idea was from Ian Clarke, a systems engineer who converted orange and white stripes into a binary code. Let me tell you that Ian Clarke only included GPS coordinates for this mission. Actually, Clerk came up with this idea two years ago. However, when he told his team people about this idea, he also liked it. Only six people knew about this secret message before. But after its picture came on Monday, it was decoded by the people.

Postcards from a Red Planet: Here's where to see the latest views from @NASAPersevere throughout the mission: https://t.co/0ZlZY87an2 as well the latest raw images straight from the rover: https://t.co/HiDNDyQEtp #CountdownToMars pic.twitter.com/9X7ok4BhhO

Clarke said it took just a few hours to decode this special message to space lovers. He said that I will do a little more creative next time. Explain that “Dare Mighty Things” is the famous line of former US President Theodore Roosevelt and this line is the basic mantra of Jepal ie Jet Propulsion Laboratory. Significantly, in the video released by NASA, an orange and white parachute was seen opening and the rover landed on the dusty surface of the red planet. Dave Gruhl, the head of the Entry and Decent camera team, said, “My hair grows whenever I see it.” Perceiverins Rover will look for signs of archaic microscopic life and will also try to bring authentic samples of red planet rock to the earth in a decade.

NASA’s Rover ‘Perseverance landed on the surface of Mars in the early hours of Friday. It has landed in Jejoro Crater (Mahakhad). It is the largest and most advanced rover sent by NASA so far. “This video and pictures are part of our dreams,” said N Chan, the head of the team formed to take the rover to Mars. Earlier, NASA released the first picture of a rover landing on Mars. NASA put 25 cameras in the spacecraft for this task.

Significantly, NASA’s most risky and historically significant mission of this mission is to find out what life was ever on Mars. The expedition will also try to bring pieces of rocks from the planet, which can prove to be important in finding the answer to this question.