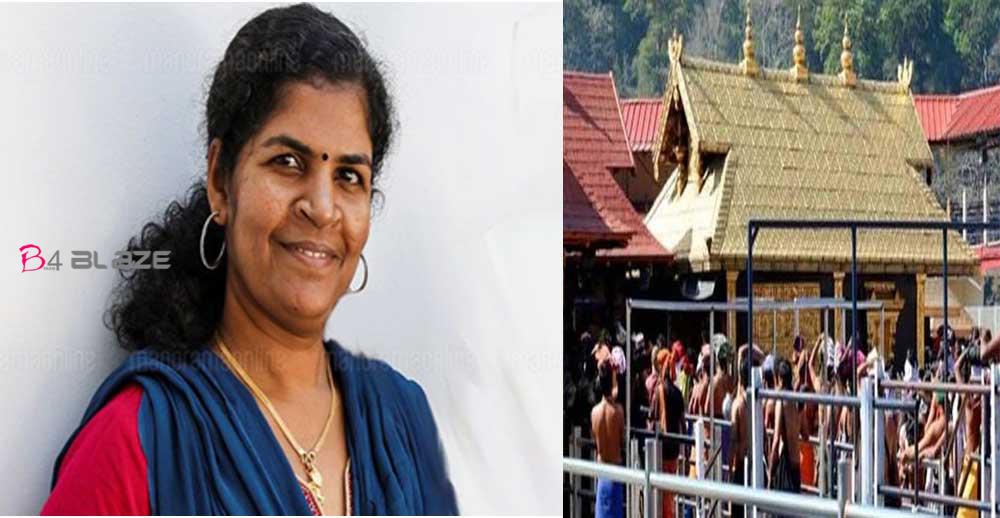 Kanakadurga, who has dreamed of Sabarimala, said if youth were not allowed to enter, they would still go to Sabarimala. Kanakadurga also alleged that the Supreme Court order for reconsideration petitions was a political rationalization. The Supreme Court has allowed the youth to enter Sabarimala based on their fundamental rights. Kanakadurga also pointed out that the politics of the court’s stance on reconsideration petitions should be decided again. There is no despair in fate. The move to the broad bench is welcome.

Kanakadurga also said that the progressive girls are expected to continue the legal battle to enter Sabarimala. The Supreme Court ruled that the admissions of youths were made after 12 years. Yet the uproar was based on faith and politics. The conversion of Kerala from 100 years ago to the present state of Kerala is not by order of the courts.

Kanakadurga told the media on the contrary. Thripthi Deshayi going to Sabarimala soon The Supreme Court has not stayed the Sabarimala youth entry verdict. “It is not forbidden to go to Sabarimala.” It is a fight for women’s rights and equality, ”he said. Last year, the apex court was in Sabarimala following a

Supreme Court ruling on women’s admission. However, after the protest, he could not perform the vision. Meanwhile, Kanakadurga, a young woman who had darshan last year, said that she would again perform the Sabarimala darshan. Let the broad bench decide. Kanakadurga said he would return to the Sabarimala darshan as the current verdict was not fulfilled. Meanwhile, Bindu Ammini, who arrived at Sabarimala along with Kanakadurga, said the Supreme Court verdict was disappointing and contrary to equality. Bindu Ammini said if anyone approached Sabarimala, he would be in front.

The State recommended to increase the bus fare to minimun 10 Rs.